The Guyana Human Rights Association (GHRA) is warning authorities of the dangers of COVID-19 with calls made yesterday for a halt on mining activities. 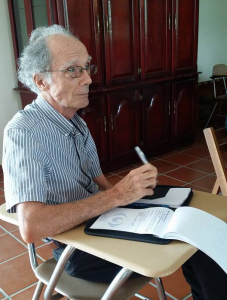 Below is the GHRA statement yesterday:
As COVID-19 relentlessly advances through the length and breadth of Latin America devastating Brazil and laying waste to Ecuador, Mexico and Peru, we in Guyana have so far been spared a similar onslaught.
Virtually all places where people interact – shops, markets, banks, offices and places of worship – have taken social distancing, hand-washing and mask-wearing to heart.
The National COVID-19 Task Force can take credit for having promoted all these WHO-recommended public health practices. Success in the public health arena is vital to off-set limitations on the local medical front – inadequate testing, protective equipment and treatment. To the extent that medical resources (to date) are not overwhelmed, the Task Force and Ministry of Public Health (MoPH) deserve our appreciation.
However, this relatively encouraging situation largely reflects the coastal communities. Interior regions of Guyana are another matter.
Historically in Guyana, epidemics such as malaria, TB and HIV multiplied undetected, only to surge dramatically when numbers were out of control. Two major reasons explain this phenomenon: all Governmental administrative services in the interior are inadequate because of distance and terrain and, secondly, because Amerindians are highly vulnerable to imported diseases to which they have limited immunity.
Reference to the malaria epidemic of the mid-80s is a good example. In addition to the endemic scourge of TB, 3686 reported cases of malaria were recorded in August 1985.
By the end of that year, the annual figure had risen to 7,600. Entire communities, in the Rupununi and the Upper Mazaruni in particular, were affected by this epidemic.
By June of 1986, malaria had affected over 16,000 persons (PAHO estimates). The total number of cases reported between January and August 1987 was approximately 17,000 of which over 60% were falciparum cases.
A coastal coalition of 12 religious, civic, professional and business organisations, including the Guyana Medical Association and the Gold and Diamond Miners Association took action. In conjunction with health workers in the communities, some three-quarter million anti-malaria tablets were distributed from early 1986 to early 1989 to 36 Amerindian communities in the interior, under the supervision of the Christian churches.
Additionally, 45,000 yards of mosquito netting materials were provided to women’s groups in the communities to make nets and information about malaria was circulated in Arawak, Patamona and Wapishan languages in Regions 1, 8 and 9.
Collaborative actions of this nature are nowadays much easier to manage given the strengthened capacity for self-governance of indigenous communities and the regional and national coordination of Toshaos through the National Toshaos Council.
However, despite this multiplicity of representative Indigenous bodies at community, regional and national level, Indigenous influence and participation in the Covid-19 Task Force appears non-existent. At bottom, the National Covid-19 Task Force needs to recognize that cooperation from the communities is more vital for the success of its ultimate aims than from the miners.
The multi-sectoral community collaborative response to the 1980s epidemic could not be more strongly contrasted with the current situation.
The time for preparing this community-based foundation is slipping away. Training in contact tracing, working out effective measures, which all visitors to interior community must observe and ways of carrying them out cannot be developed in Georgetown by “experts”. It has to be done on the ground in conjunction with communities.
Likewise, the rainy season has to be taken into account. The unwillingness of the MoPH and Task Force to resist pressure from miners is taken directly from the playbook of the HIV epidemic in the 1990s in which virtually nothing was done to curb miners or truckers until Guyana was overwhelmed with the highest HIV infection rates outside sub-Saharan Africa.
Toshaos in Baramita and Chinese Landing in Region 1 and St. Ignatious, Shulinab, and Aishalton in Region 9, along with National and Regional Toshaos Councils have all failed to have their concerns related to mining activity addressed. Disruptive actions had to be mounted recently even to get a hearing of their concerns, much less action to redress them.
Mining companies rather than Toshaos are authorizing miners to access communities, according to the Toshao of Chinese Landing in Region 1. This position was confirmed by Local Government officials in Region 9 who reportedly stated that, “the Rupununi miners executive body will have to take responsibility for the actions of their members”.
This devolution of ministerial discretion to the mining bodies is an inexplicable abdication of responsibility.
Recent data released by the MoPH has shown that despite emergency measures, the rate of transmission continues to climb. Additionally, a MoPH senior health official on Friday May 22 in a televised report acknowledged that the increase in Covid-19 cases in the Puruni Region of Region 7 was linked to mining activity.
Kaieteur News reports also highlighted the lively nightlife at Puruni Landing involving women trafficked from Venezuela.
The withdrawal of personnel from the EPA, GFC and GGMC from interior areas and the influx of illegal miners in the other direction as a result of the current high price of gold is potentially devastating to Indigenous communities.
The bottom line is that strong leadership is required to keep coastal interests from side-lining essential actions if the Covid-19 negative impact on Guyana is to be contained at its present level.
Such leadership should focus on a unified and integrated plan in which the rules apply equally to all – on the cost, in riverain areas and in the interior. This implies that measures such as restrictions on mining and lock-down on all vehicles travelling inland from either Linden or Lethem. In this regard, the GHRA adds its voice to the calls for mining, which is neither essential nor a service, to be removed from the list of Essential Services.
The GHRA extends solidarity to all interior communities, many of which have been active and vocal in protection of their communities to stop the spread of Covid-19.